Rowing for your college 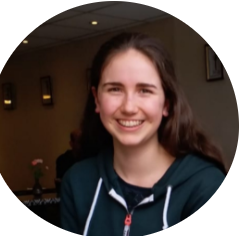 When I was younger, I didn’t do much sport outside of PE at school and dance outside of school. By the end of my second year at Oxford, I was a co-captain for the women’s side of my college’s rowing club. Rowing is a sport which isn’t done much/at all at school, and this means that almost everyone starts off as a novice learning from scratch. This makes it really easy to get involved, unlike with some other sports such as netball or hockey.

Rowing has been a great way to meet people in other years doing different subjects at my college, which would be quite hard to do otherwise! It’s also a great way to meet people doing postgraduate degrees at your college and hear their experiences and advice. In my first year I went to a training camp which was a week before the start of second term, and this was a great opportunity to bond with other members of the rowing club.

There are plenty of early morning starts, but rowing on the river is a really lovely way to start your day, and has helped me be more productive during the rest of the day, as well as giving my days some structure this past term where all lectures have been online, and we could watch them at whatever time we liked.

Most colleges offer taster sessions for rowing in freshers week, so I’d definitely recommend giving it a try! Coxes (people who sit in the boat and don’t row, but instead give instructions) are also in high demand, so if you’d like to be involved in a team sport with less physical exertion, it’s a great thing to do!