What does it mean to be 'pooled'? 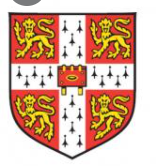 We asked Admissions Tutors to explain the 'pool' system and how it affects applicants. Here's what they had to say:

The pool functions to ensure that from among the entire applications cohort for any particular year, the very best are offered places at some college or other – even if it is not the one they applied to. The alternative would be for colleges to select only from students who applied directly to them, but this would mean colleges with a weaker overall cohort having to take students who were less strong than those rejected by colleges receiving large numbers of very strong applicants. Cambridge receives around 17,500 applications each year for around 3,500 undergraduate places, and the ideal outcome is that the very best 3,500 of those 17,500 applications are found and distributed among the various colleges somehow, wherever they originally applied. The pool aims to achieve that.

(Unfortunately, we know that a huge proportion of the 14,000 students who don’t receive offers from Cambridge are still extremely good applicants. There simply aren’t enough places at the University to fit them all in. Fortunately those students will get places at other excellent universities, and will do well. I was one of them.)

So if it isn’t clear, being pooled means that your interviewers thought you were definitely worthy of a place at Cambridge, they simply had enough applicants very slightly better to fill their places – and don’t be disheartened at the thought that there might be, say, ten people even better than you. Being pooled is definitely a mark of distinction. I’ve spoken to other directors of studies at the pool who wanted to give one candidate or other a place and were sincerely grateful I was able to. And if there is ever a new Cambridge college, we could comfortably fill it with another tier of excellent applicants.

To simplify the Pool process as much as possible: the file of every candidate an interviewing college thought worth considering for a place elsewhere is made available for other colleges to look at, over several days in January, so that they can find students to fill any vacancies at their college. Directors of Studies and Admissions Tutors scour these files looking at dozens more personal statements, submitted work and interview notes to make a wish list of the students they would like to offer places to. At the end of the Pool they meet faculty by faculty to decide who gets to make offers to which students – the process gives priority to colleges most in need of filling places and seems to be regarded as very fair. These meetings continue until every college with places to fill has filled them. Sometimes students are invited back for interview. Sometimes offers are made to students for the following year. This seems to be how to take the top pooled students and distribute them around the colleges.

The pattern of applications across most colleges, in most subjects, fluctuates from year to year. In one year, a college might have a surfeit of strong applicants in say, History, whereas in another year it might have slightly fewer than it needs to fill its History places. Being “pooled” simply means that the college to which you applied has had more strong applicants than it could admit in your subject, this year, but thinks you are potentially admissible to Cambridge (and might have taken you in another year) so has put your application forward for consideration by other colleges via the intercollegiate “pool”. And with luck, your application will be “fished” by another college that hasn’t had such a good field of applicants this time round. Lots of students are moved from one college to another, usually via the winter “pool” (though there is a smaller summer “pool” for candidates who have narrowly missed the conditions of their offer) and all colleges engage in some “fishing”.